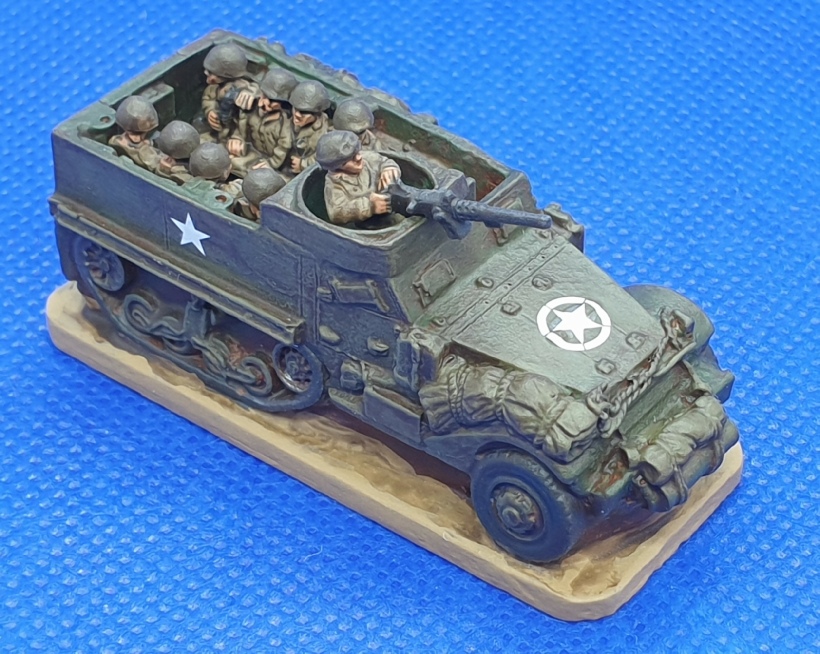 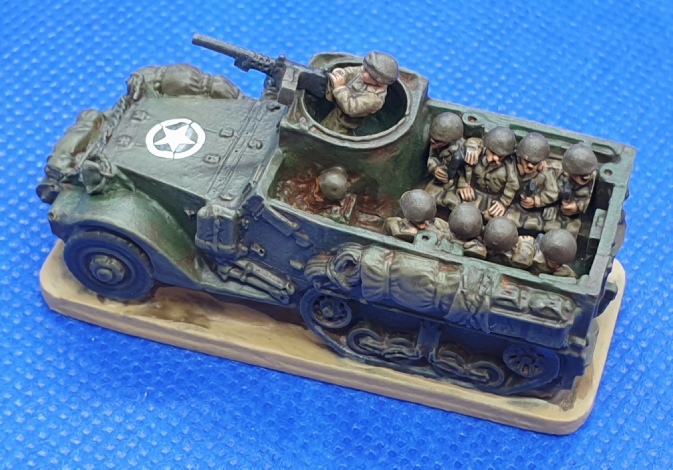 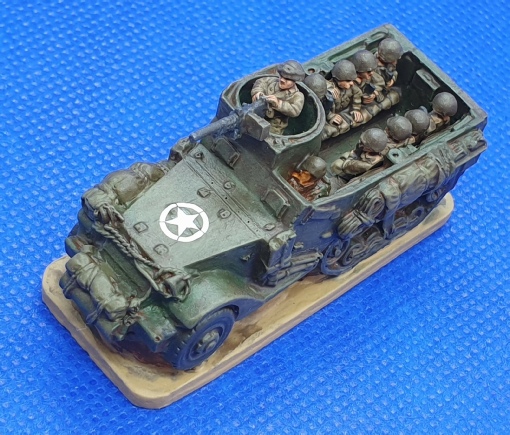 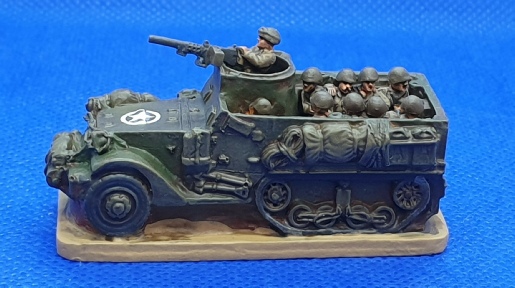 Name redacted for national security reasons (is that alright Eleanor?) ; but a great contribution though.

I did the gluing and decals, but she did all the painting herself. She was aged 7 when she started, and 8 when she finished!

Your models respond very well to a simple wash - she's very happy with her handiwork!

Transfers are "Decal Details", from i-94Enterprises.com.

Note that we stuck the figures into the truck once they were completed - and not before!

I used my mobile phone and cheap little LED-lit photo cube for the photos - the tent really helps with the lighting.

It's probably fairer to say an 8-year old did it - the difference in her motor control between when she started (at 7) and finished (six months later, aged 8) was very noticeable.